Presenting Your Products, Your Services, and You in Your Finest Light 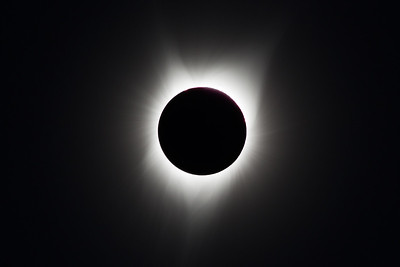 About eight months ago I was wondering what I could do to grow as much as possible as a photographic artist over a short period of time—a year for example. The project I settled on is an immersion into the techniques, style, and vision of one master photographer per month for a year, with each artist having their own, distinct spirit and artistic voice. I have decided to open the study to a small number of people who will meet at my house for two hours on the first Wednesday of each month from 7 to 9 p.m. In addition, the program will be open to all photographers through a Facebook group. This may prove to be an ongoing project for the rest of my photographic life; in words oft attributed to Michelangelo aged 83, “I’m still learning.”

During the first hour of each meeting, group members will present photographs they created while inspired by the featured artist. In the second hour of each meeting, I will give a presentation on the photographic artist to be examined throughout the following month. We will then discuss that artist’s vision. I will post a parallel blog on Facebook and my website, ThomasWalshImagery.com. During the first month’s meeting, attendants will present examples of their own work and discuss their personal vision as well as their techniques and style.

The expertise of group members may well vary from beginner to advanced, but we will all be treated with respect and a sense of equality in our striving to improve. What matters is not how much one knows going into this project but how much one wishes to learn.

The following is the list of photographers we will study during 2018 along with brief descriptions of their styles and visions.

February: Philippe Halsman: Portraits, jumpology, surrealisms and composites, with a decades long collaboration with Salvador Dali. “Every face I see seems to hide – and sometimes fleetingly to reveal – the mystery of another human being. Capturing this revelation became the goal and passion of my life.”—Philippe Halsman.

June: Dorothea Lange: Documentary, the poor, the Great Depression. “The camera is an instrument that teaches people how to see without a camera.”—Dorothea Lange.

July: W. Eugene Smith: World War II photography and photo essayist. “Passion is in all great searches and is necessary to all creative endeavors.”—W. Eugene Smith.

August: Arnold Newman: Father of environmental portraiture. “We don’t take pictures with cameras—we take them with our hearts and minds.”—Arnold Newman.

September: Scott Kelby: Sports photography. “I touch up photos so people look as good in their photographs as they did in real life.”—Scott Kelby.

October: Diane Arbus: Seething emotion, often disturbing portraits of people on the margins of society. “A photograph is a secret about a secret. The more it tells you the less you know.”—Diane Arbus.

Baker’s dozen (a teaser for 2019): Uta Barth: Especially bokah (out of focus photography). “My work never directly addresses the literal subject matter of the photograph, but attempts to ask questions about vision itself.”—Uta Barth.

This study will be conducted under the auspices of Thomas Walsh Imagery (ThomasWalshImagery.com). Thomas Walsh, Ph.D., is a former two term, four year, president of Flatirons Photo Club, former director of the Photographic Frontiers Study Group, and former Exhibition Curator for Boulder Digital Arts. His work currently centers on expressing the spirit of people involved in matters that are most meaningful to them—health, loved ones, and work.